Platforms:
PC and Mac
(Mobile, PS4, and Switch ports are all possible later)

Small Saga is a turn-based RPG that takes place in a medieval rodent society beneath the streets of modern London. The story follows Verm, a particularly angry mouse armed with a pen knife, who is hunting for the human who stole his tail. On the way, Verm befriends a mole wizard, a squirrel harlequin, and a lab rat lancer. Together, the party upend rodent society, clash with titans, and eventually face off against the gods themselves.

The game was funded by a Kickstarter, which successfully came to a close on the 4th of July, 2019.

Small Saga is being created by Jeremy Noghani, a London-based developer who previously co-created the bird lawyering game, Aviary Attorney. He began work on Small Saga at the beginning of 2018 and is responsible for all aspects of development, including the art and music. 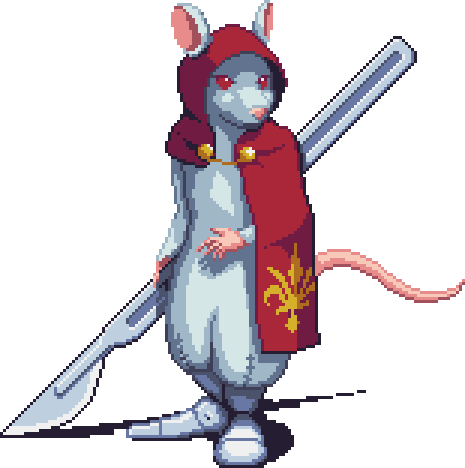 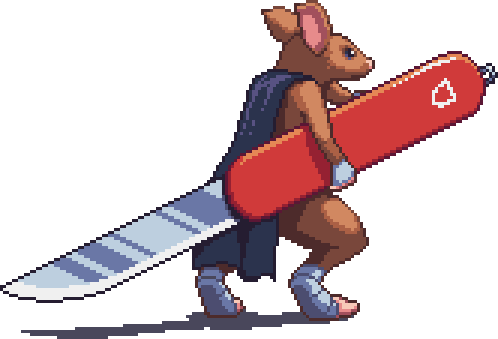 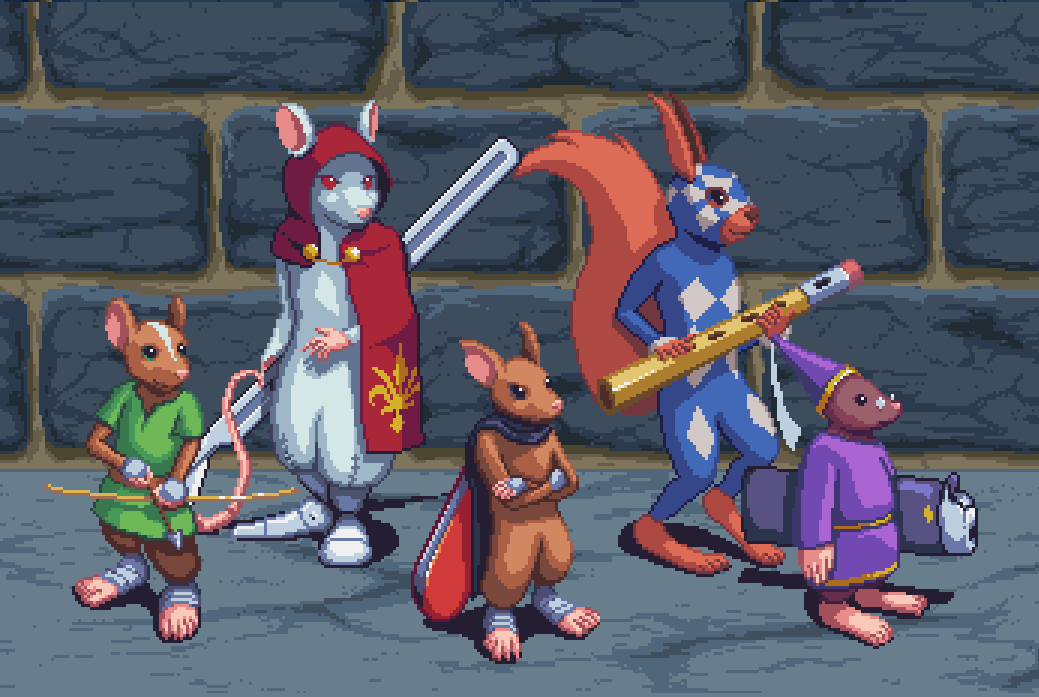 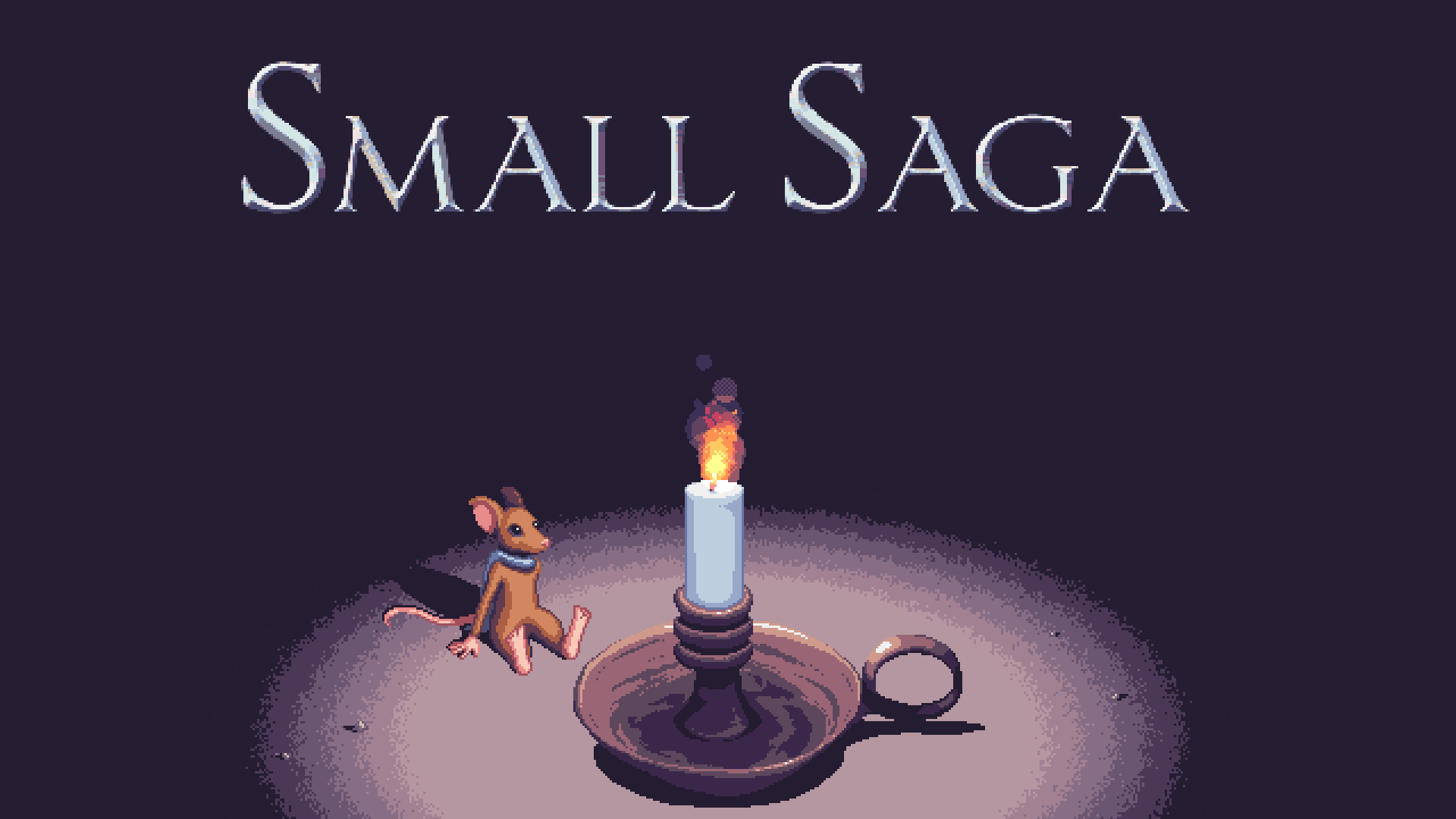 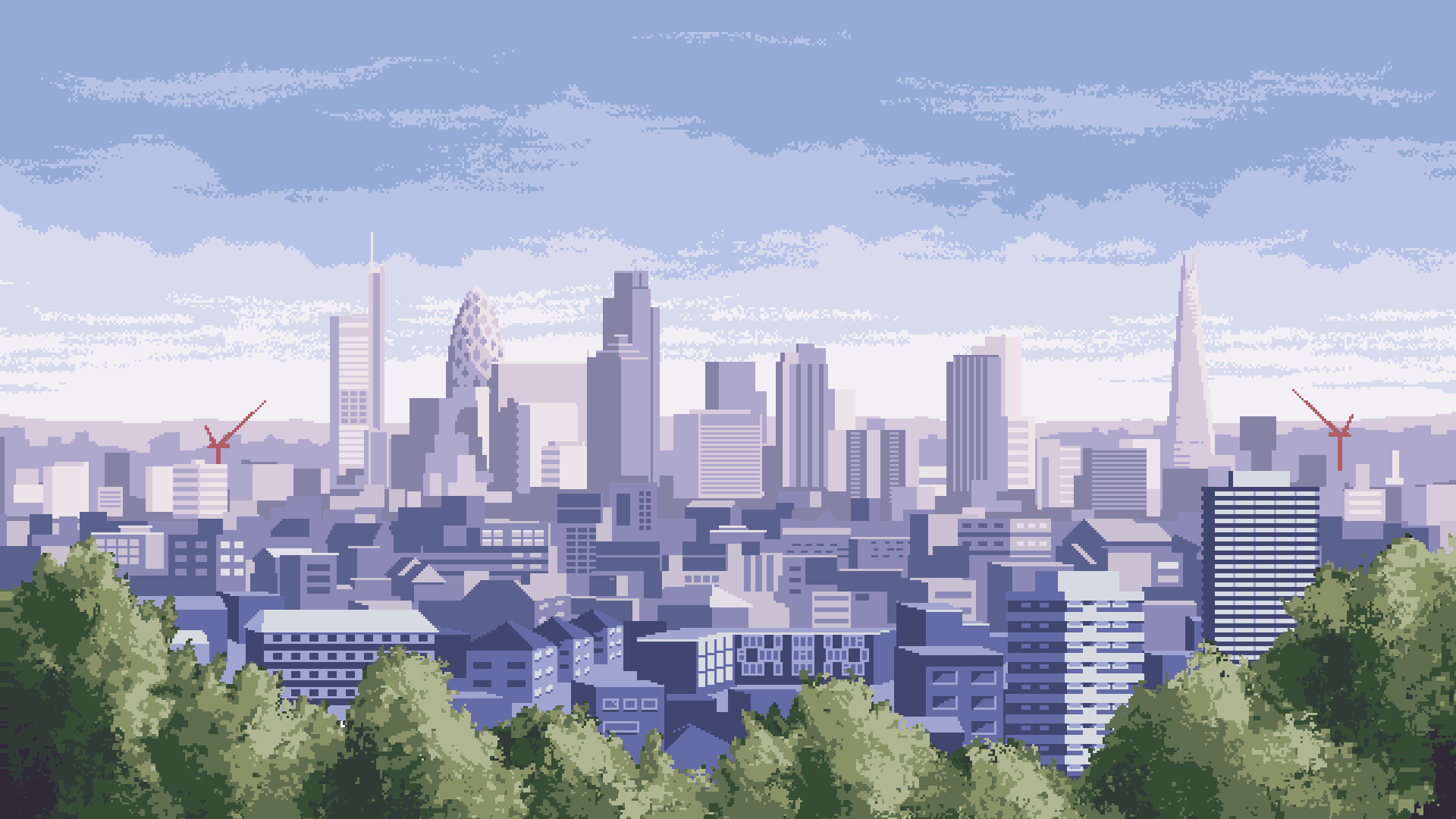 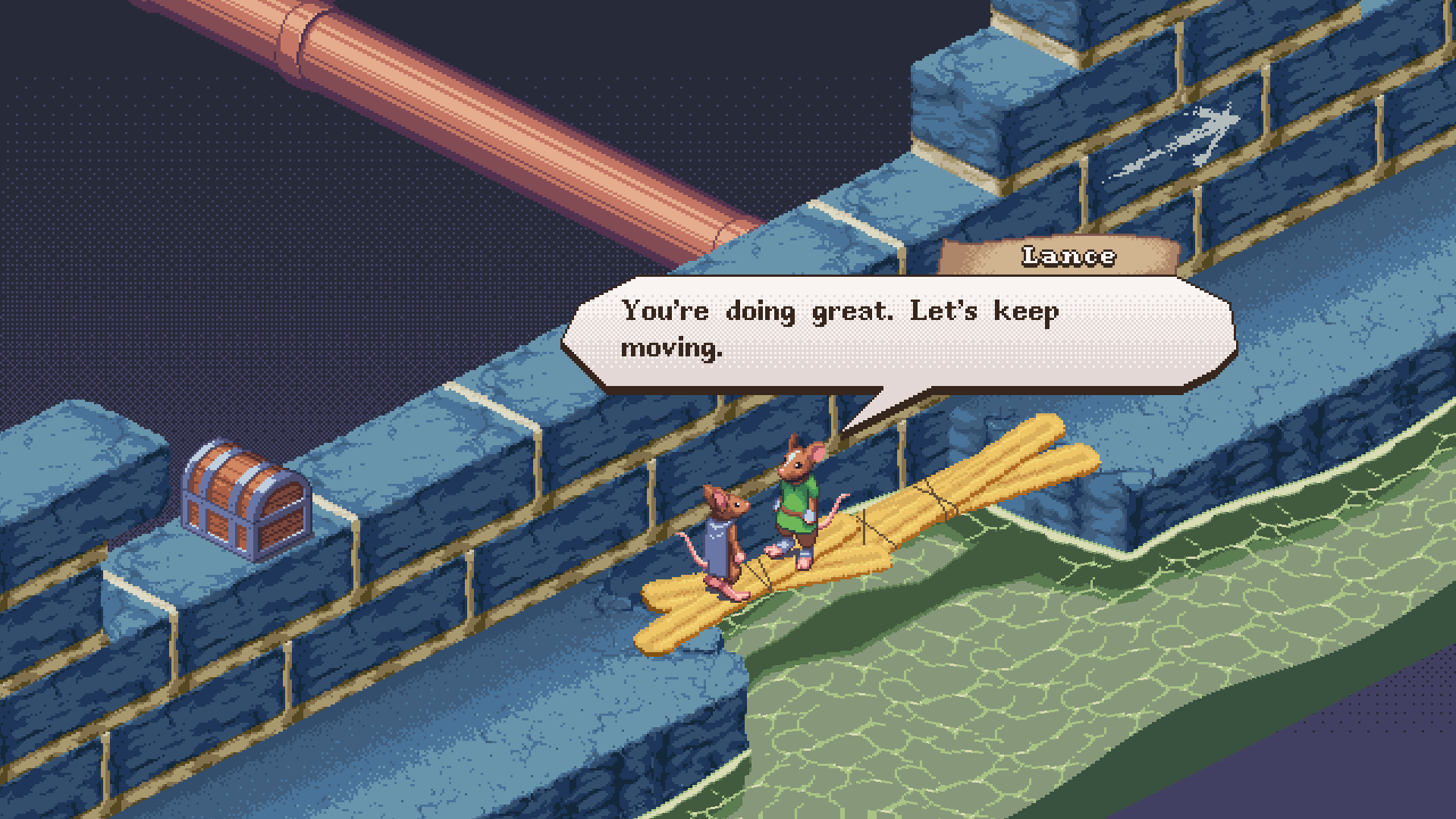 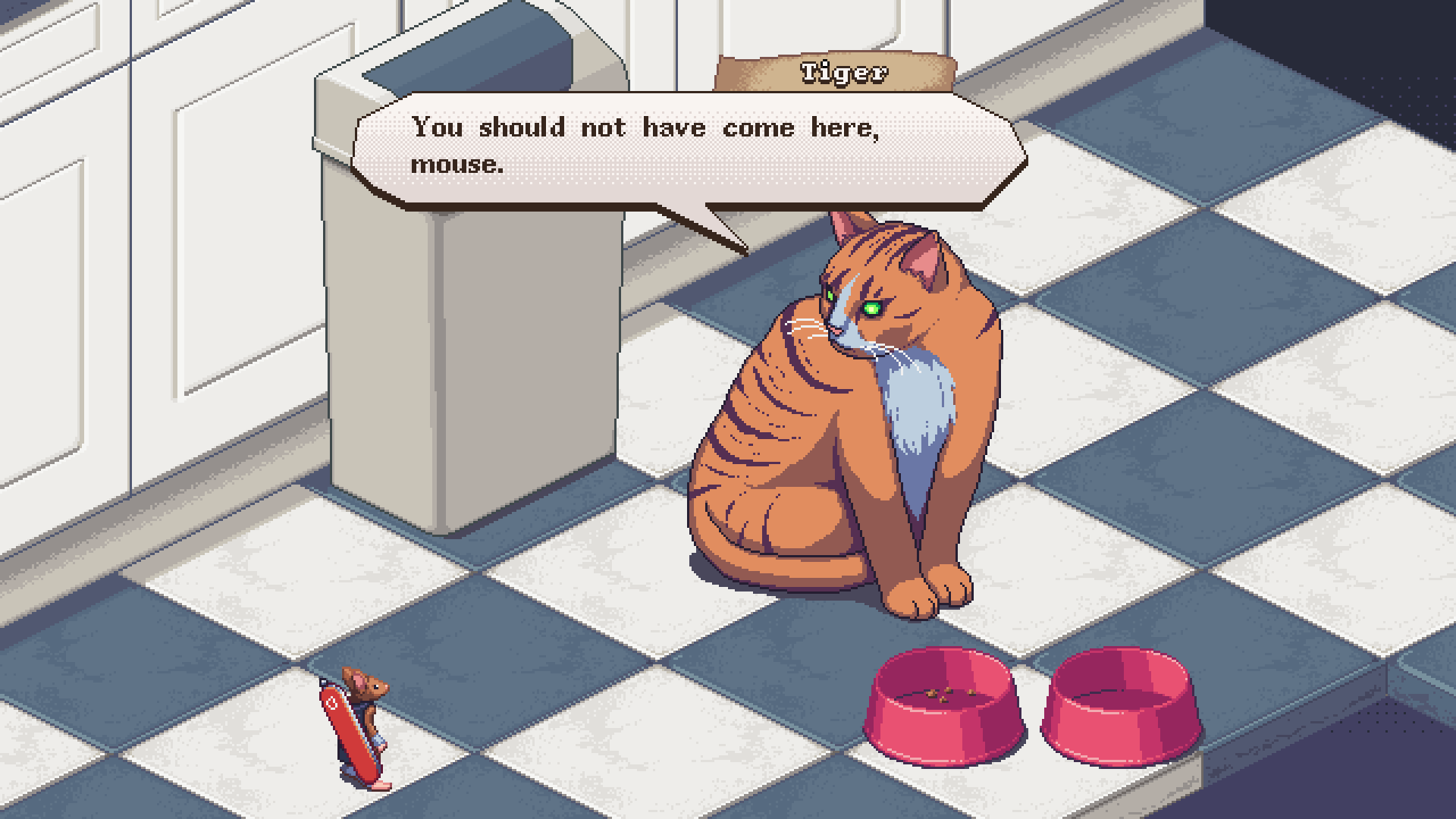 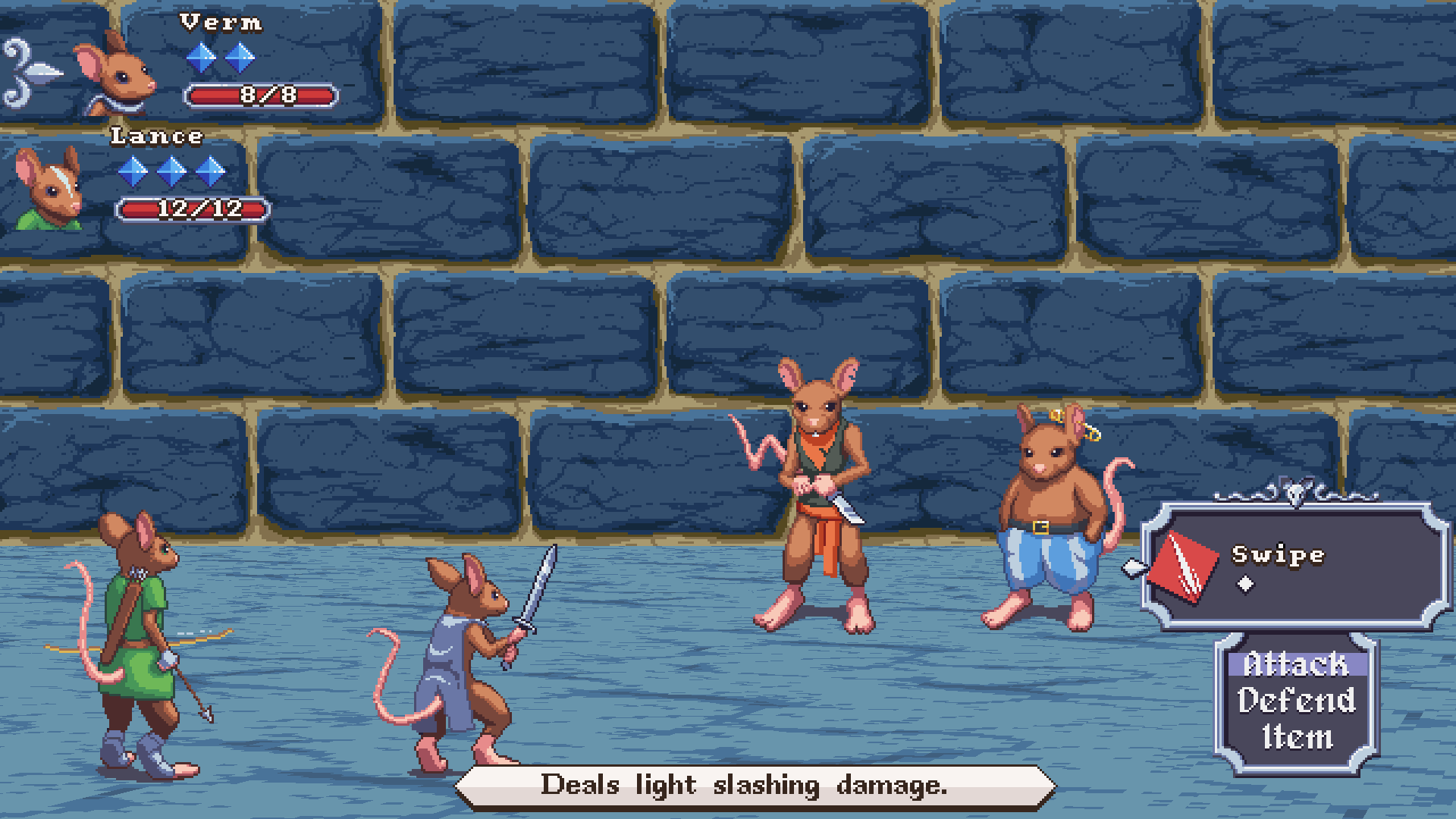 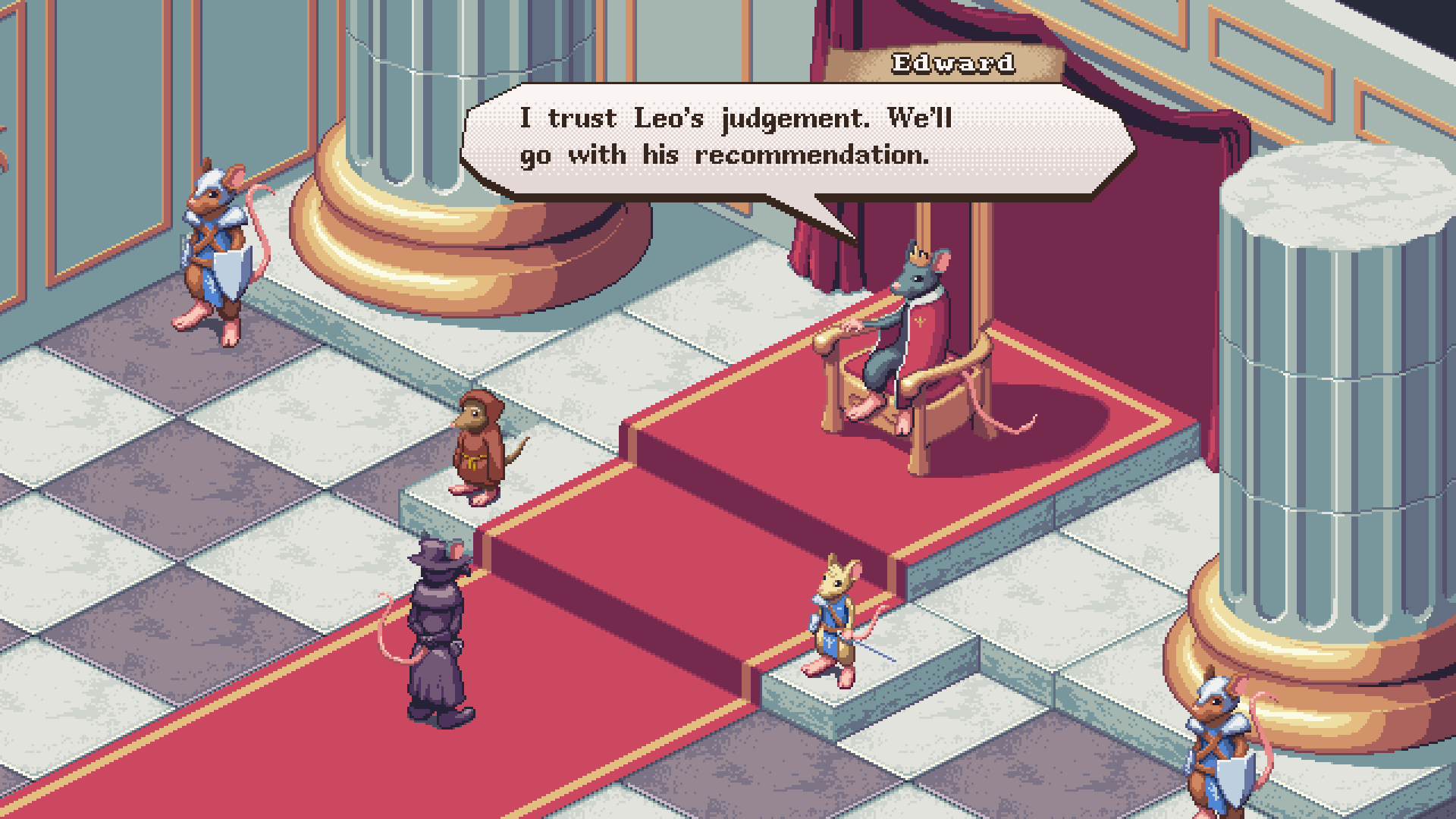 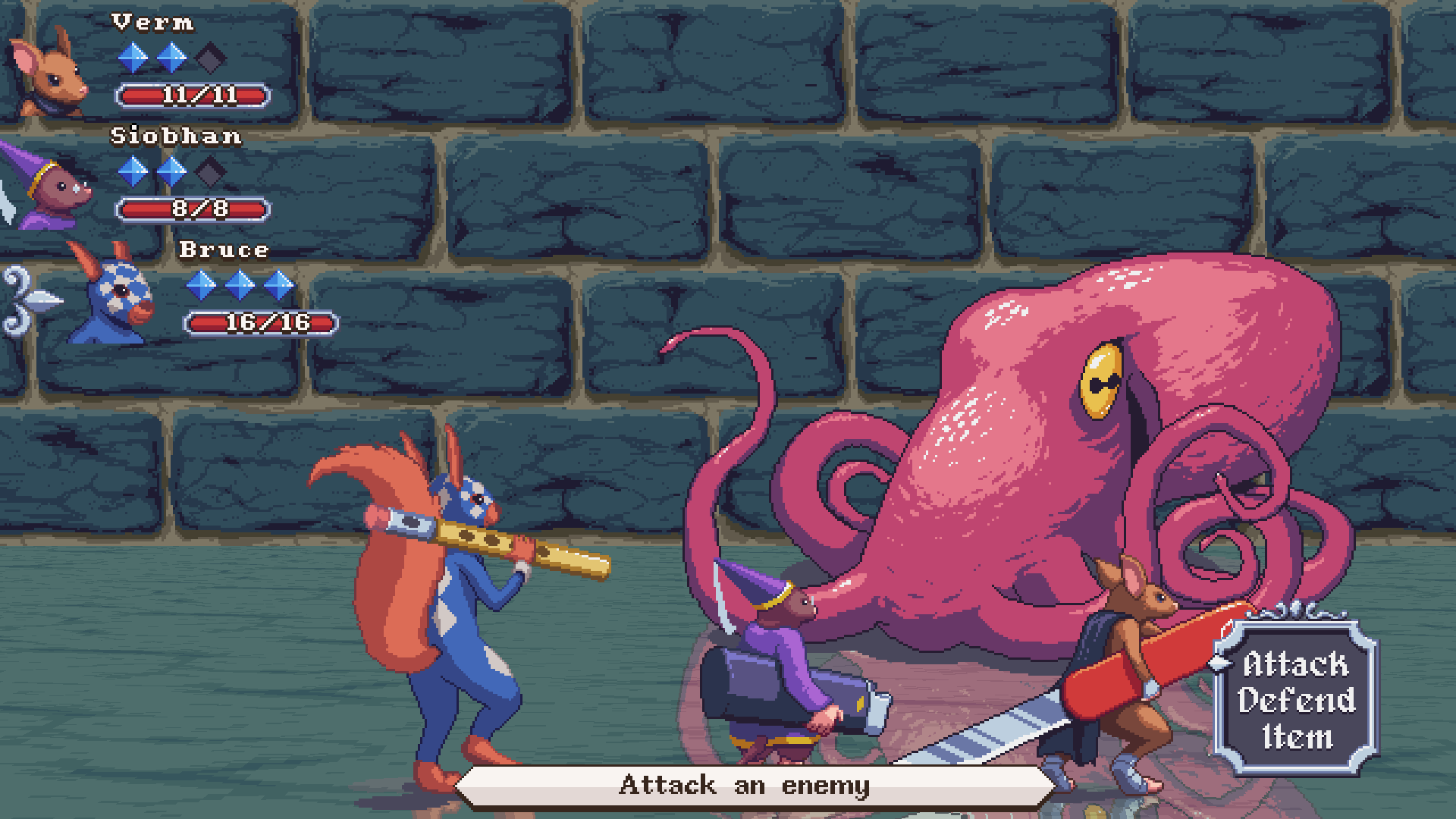 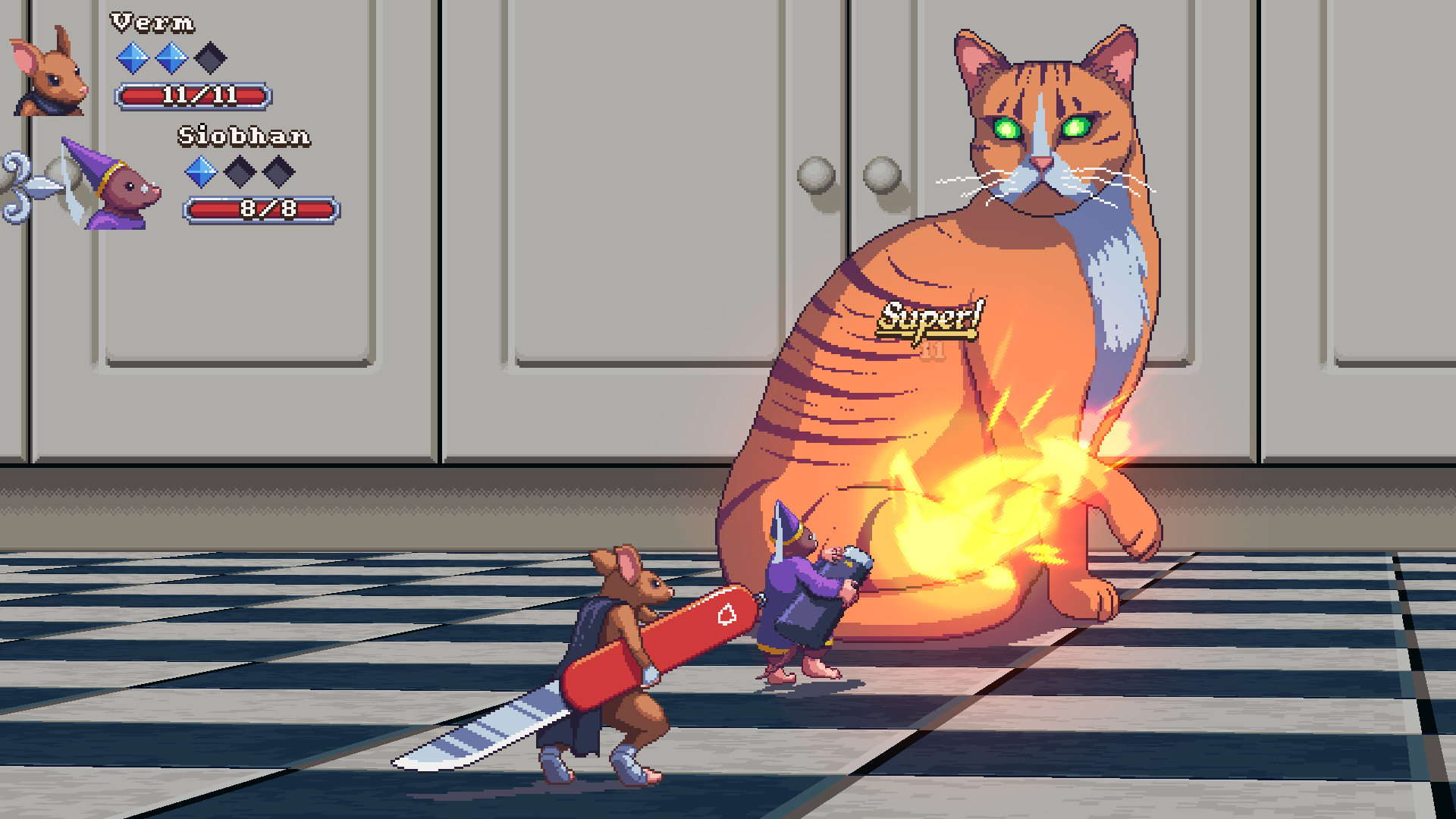 This zip contains all of the assets listed on this page and all of the gifs from the home page.